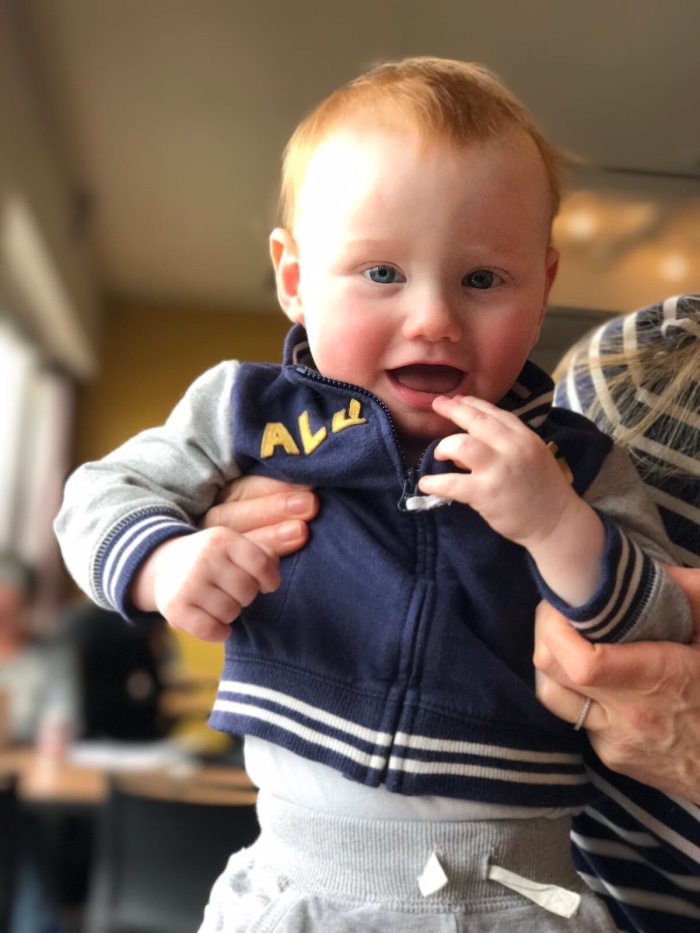 I look at pictures of my happy little man from earlier today and gaze at them trying to block out the cries from Lake in the bedroom next door as we let him put himself to sleep. He’s not having it. It’s 11pm, you’d think he’d be happy to sleep. I would. But it’s just not the case. After a ten minute eternity I go to check on him. He’s upside down and backwards in his bed, wide awake in the worst kind of way. I rescue him to my breast and he drinks my milk in the big bed until almost midnight. Thank goodness for breastfeeding. And for breaking the rules. It’s so hard to know when to let him self soothe and when to respond. Well actually it’s only difficult in the moment. In retrospect it’s always clear that if he cries for more than a few moments he’s just not ready for sleeping. So he had a nightcap and then slept straight through with the rest of the household until 10am. Sweet reward. ﻿