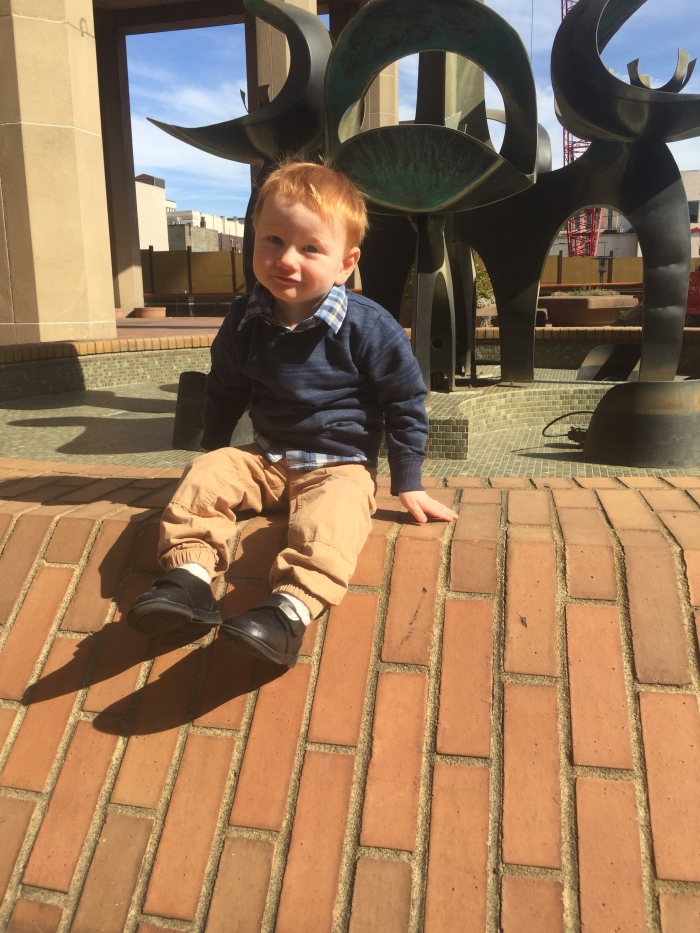 This was a big winter for snow in Seattle, what with our Christmas Eve snow and then again all of our February flurries. So Lake has had premium opportunities to practice and repeat his beautiful German pronunciation: Schnee. Lately though, he’s been scrunching up his nose a bit at the beginning and dropped the Sch, so it’s just ‘Nee ‘Nee! Every morning of late thats been cold and wintery-white with frost, he’s been proclaiming ‘nee! ‘Nee! ‘Nee! First it was cute, but then a few days ago, I started attempting to retrain him. Emphasizing the Sch sound. To no avail.

And so forth. He didn’t budge. So tonight at bath time when he started calling the towel an “owl”, I had to laugh. He had these other practical words such as towel quite nicely handled. Before. So I emphasized T-T-T-T. Towel. He kept saying “owl”. But then he got a twinkle in his eye, “t-t-t-t”, he said delicately, grinning widely . He loved it! He howeled with laughter, and repeated, t-t-t-t-t!

Still no Schnee, and still no towel, but oh we had fun!